Blogger and Author Mike Frost shares with us some of the highs and lows of his blogging journey to date.

The marvelous Sheree Chambers from Brugel Creative designed my website and helped launch me into the world of blogging in September 2016.

Blogging can be hard because of the regular pressure to stay interesting and relevant. But I’ve loved blurting out my ideas and stories and responses to current events.

Hey, I’m no expert at all. Really, I’m just a beginner. Nonetheless, here’s a few interesting experiences I’ve had over the last nearly two years of blogging.

HAVING TO COPE WITH VIRAL HATRED

In July 2017, I wrote “Two dead Australians, but we only care about one of them” referring to the deaths of Justine Damond, a white woman shot dead by police in Minneapolis, and Elijah Doughty, a 14-year-old indigenous boy killed by a man who suspected him of stealing a bike. My article drew attention to the disparity between the 24-7 reporting on Justine Damond’s death, and the comparative disinterest in either Doughty’s death or the light sentence handed to his killer.

The post went viral. It has been viewed close to 250,000 times and shared on a number of Aboriginal and Torres Strait Islander forums.

But along with the wide readership came an unexpected wave of hatred.

I was called a “moron”, a “retard”, and “some stupid hipster writer” (admittedly not the worst insult in the world).

The article was derided as “bollocks” and “bullshit”.

I was told to “fuck off out of Australia” by more than one commenter.

But worse was the out-and-out racism expressed by a number of people. I wasn’t prepared for the vicious anti-Aboriginal sentiment being voiced in that thread. One vile comment referred to Elijah Doughty as a “maggot shit scum criminal”. And there was worse.

After 199 comments I asked Sheree to turn off the comments. I know the Internet can be a dark place, but that experience was a reminder of how easily some people can be tipped into aggressive, racist threats.

My May 2017 post, “A tale of two Christianities on its knees” compared the kneeling of two American football players, Colin Kaepernick (who kneels in protest during the national anthem) and Tim Tebow (who kneels in prayer before games) and how they represent different forms of Christianity.

The Kaepernick story was big in America then, as was the whole issue of black sportsmen kneeling during the anthem.

Sarah Pulliam Bailey, the religion reporter for The Washington Post, asked permission to republish the article and direct readers to the blog. It was republished in everything from the Calgary Herald to La Monde to the Christian Science Monitor. My blog was viewed nearly 90,000 times, but it was probably read ten times more than that through other platforms.

Sure, I got plenty of pushback and disagreement (and the usual name-calling), but, hey, I was in the Washington Post.

DEALING WITH THOSE WHO CONFUSE ME AS A JOURNALIST

Notwithstanding my solitary byline in the Washington Post, I’m not a journalist. Not even close.  And yet it interests me how many commenters, while correcting some matter of fact in my blog posts, deride them as “bad journalism” or “fake news”. I wasn’t prepared for that.

Readers need to figure out what the various pieces of media they consume are designed to do. Some blogs are like diary entries, personal and winsome. Some are professional blogs offering advice and information. Mine, I guess, is designed to be more provocative and engaging. It’s not straight journalism or reporting and shouldn’t be viewed by that lens.

I introduce my intention on the homepage, but I realise not many people read it. But reiterating your intention in every post is tedious. I guess it’s important to build a readership who understand you and trust you.

In December 2016, as an Advent exercise, I started a ten-part series of posts looking at the ten greatest Christmas paintings of all time. Each post included a reproduction of the painting, an associated Bible reading, and a personal reflection.

It started out okay, with around 2000 views. But by the time I got to artwork 5, 6, 7, and beyond, the interest had flagged. The readership wasn’t there. The last few posts were only viewed a few hundred times. It was dispiriting, and hard to keep going with it, but because I’d announced it as a ten-parter I felt obligated to see it through.

It made me realise that blogging should be its own reward, that we don’t just write for the size of a readership, but for the joy of expressing ourselves via this medium.

Sure, we blog to share, to connect, to inspire. But I try to remember that true empowerment isn’t just blogging about what’s popular, but sharing about our passions, no matter how quaint or obtuse.

As Esther Litchfield Tink says, “word by word, you create your life.” 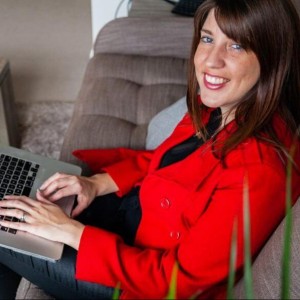 Sheree has over 18 years’ experience in Marketing and Design and founded Brugel Creative in 2008. Sheree’s background in Marketing and Event Management across a broad spectrum of industries including medical, industrial trucking and education have equipped her with a unique ability to quickly gain an understanding of her clients’ businesses and how to achieve the best results for them. With a Communications Degree and Google Certification, Sheree has always been fascinated by the world of visual and digital. Surrounded by a small team of experts, Sheree spends most days communicating with our clients and developing creative solutions for them.